33 Spooky Songs To Spice up Your Halloween Party

Get the party started with our ultimate Halloween playlist – that you’ll actually want to listen to. We’ve put together 33 of our favourite songs that will put you into a spook-tacular holiday mood. 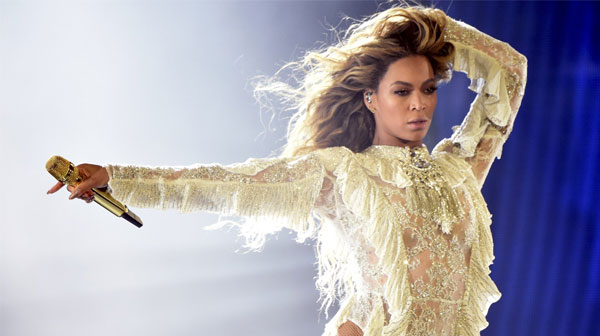 Arguably one of the best songs on Beyoncé’s eponymous 2013 album, “Haunted” is a sonic roller coaster, starting slow and eerie before morphing into a full-on club banger with lots of atmospheric echoes. It’s, well, haunting. 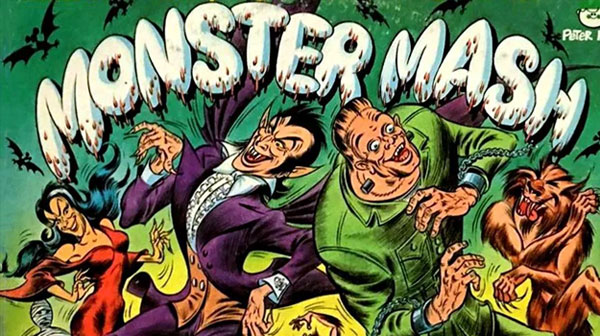 “Monster Mash” is a 1962 novelty song and the best-known song by Bobby “Boris” Pickett. The song was released as a single on Gary S. Paxton’s Garpax Records label in August 1962 along with a full-length LP called The Original Monster Mash, which contained several other monster-themed tunes. It has been a perennial holiday favourite ever since. 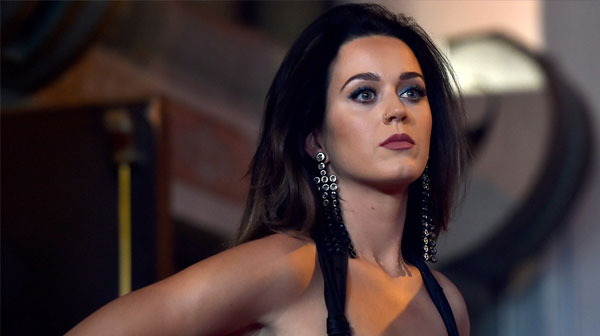 3. Katy Perry – ‘E.T.’
“You’re an alien,” Perry wails at the top of her lungs on this punchy pop tune, which was at one point ubiquitous on the radio. With its incessant, calculated beeps and robotic chorus, “E.T.” is the darkest offering on Perry’s otherwise-bright Teenage Dream album. 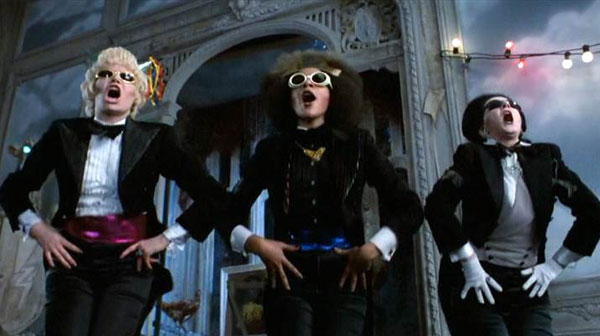 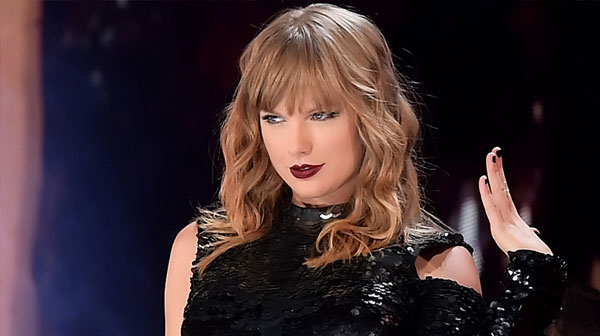 5. Taylor Swift – ‘Look What You Made Do’
The pulsating synths on “Look What You Made Me Do” were already ominous, but then Swift dropped the music video, in which she dresses up like a literal zombie. Consider us officially scared—and consider this song officially a bop.

Why not invest on new Hi-fi? 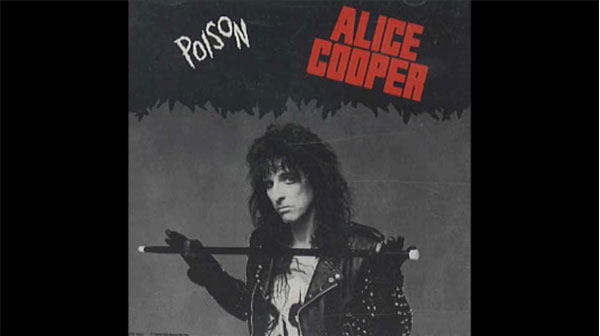 “Poison” is a song by American rock musician Alice Cooper. Written by Cooper, Desmond Child, and John McCurry, the song was released worldwide as a single in late-1989 from Cooper’s eighteenth album, Trash (1989). The song was one of Cooper’s biggest hit singles in the United States, peaking at number 7 on the Billboard Hot 100, while peaking at number 2 in the UK Singles Chart. 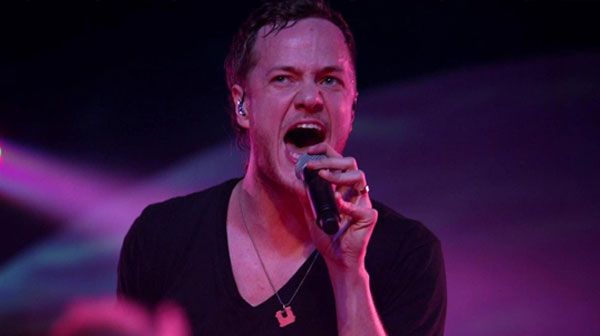 “Demons” is a song by American rock band Imagine Dragons. It was written by Imagine Dragons and Alex da Kid, and produced by Alex da Kid. The song appears on their major-label debut extended play Continued Silence and also makes an appearance on their debut studio album Night Visions as the fourth track.

8. Bette Midler – ‘I Put A Spell On You’
“I Put a Spell on You” is a 1956 song written by Screamin’ Jay Hawkins, whose recording was selected as one of the Rock and Roll Hall of Fame’s 500 Songs that Shaped Rock and Roll. It was also ranked #313 on the Rolling Stone magazine’s list of The 500 Greatest Songs of All Time. 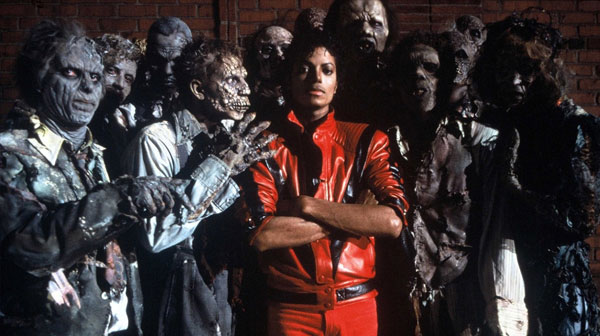 9. Michael Jackson – ‘Thriller’
In the song, sound effects such as a creaking door, thunder, feet walking on wooden planks, winds and howling dogs can be heard, and the lyrics contain frightening themes and elements. “Thriller” received positive reviews from critics and became Jackson’s seventh top-ten single on the Billboard Hot 100 Chart from the album, while reaching the top of the charts in France and Belgium and the top ten in many other countries. 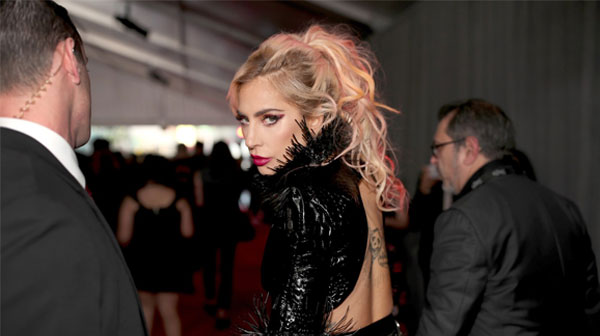 Gaga’s booming, industrial smash from 2009 lists several horror movies in the lyrics. “I want your Psycho, your Vertigo shtick; want you in my Rear Window—back your sick,” she sings. It’s a play on words: Gaga’s citing these Alfred Hitchcock films to tell her partners that she wants all parts of them—even the parts they don’t like. And let’s be honest: What’s scarier than love?

These speakers are perfect for your Halloween Party: 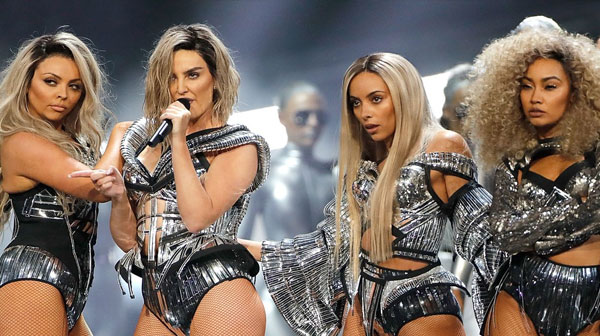 There’s nothing scary about “Black Magic,” a euphoric slice of bubblegum pop from Little Mix. That being said, all Halloween parties need a break from the macabre, and what’s better than this song, which also stays on trend with its title? “Take a sip from my secret potion,” the four women sing during the buoyant chorus—and you won’t regret doing it. 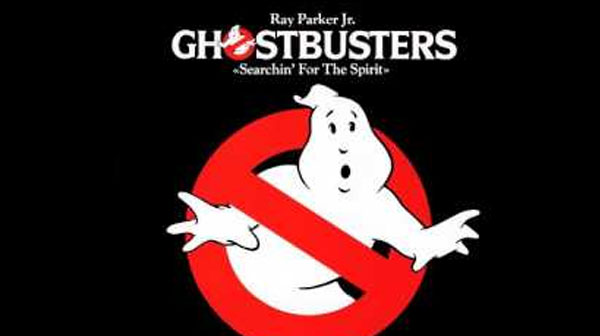 12. Ray Parker Jr. – ‘Ghostbusters’
Decades later, the entire world still knows who to call when there’s something strange in your neighborhood. Or if there’s something weird, and it don’t look good. And that invisible man sleeping in your bed? His motives are so transparent. Call the Ghostbusters. 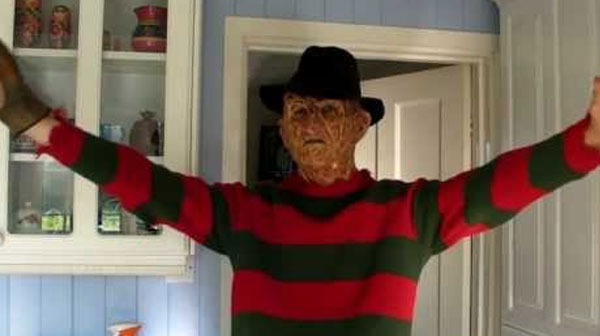 13. Will Smith and DJ Jazzy Jeff – ‘Nightmare On My Street’
“A Nightmare on My Street” is the third single from DJ Jazzy Jeff & The Fresh Prince’s second studio album, He’s the DJ, I’m the Rapper. The song became a crossover hit in the US, reaching #15 on the Hot 100. The song was released as a single in early 1988. The single was released on Vinyl and Audio Cassette Tape. The song was considered for inclusion in the movie A Nightmare on Elm Street 4: The Dream Master, but the producers of the film decided against its inclusion. 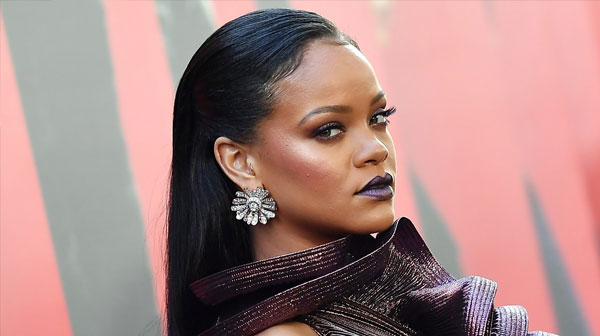 “Disturbia” is perhaps the most on-the-money horror pop song to come out in the past 15 years. “Am I scaring you tonight?” Rihanna asks during its chilly chorus, which is filled with enough smoky bells and whistles to light up a haunted house. Contrary to the song’s bridge, this isn’t a curse we need released from. 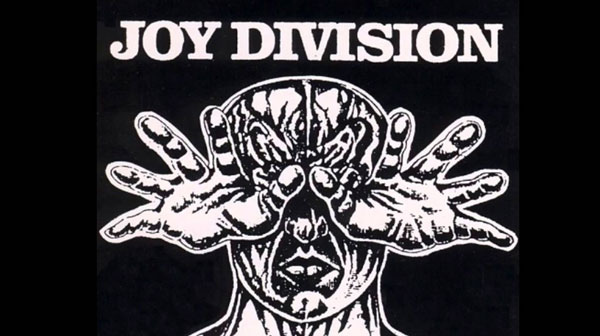 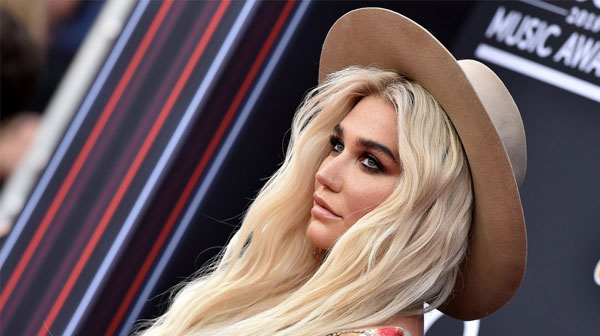 17. Kesha – ‘Cannibal’
“I eat boys up: breakfast and lunch. Then when I’m thirsty, I drink their blood,” Kesha exclaims on this admittedly graphic banger, released in 2010 from an EP of the same name. It’s one part childish, two parts tongue-in-cheek, and all parts ideal for a Halloween playlist.
18. Justin Timberlake – ‘True Blood’
19. Eminem ft. Rihanna – ‘Monster’
16. Ray Parker Jr – ‘Ghostbusters’ 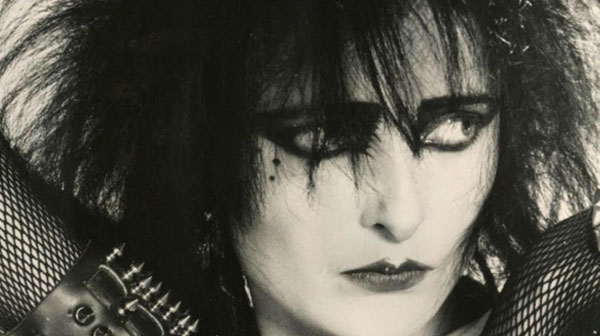 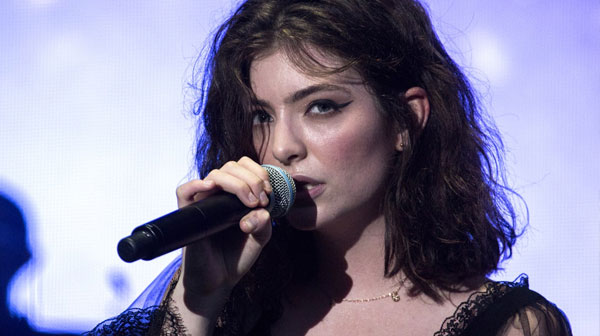 With a title like “Homemade Dynamite,” do you need another reason to add this to your Halloween playlist? If so, give the song’s gritty chorus a listen. “We’re blind / Blowing shit up with homemade dynamite.” Wow. That sounds…dangerous. 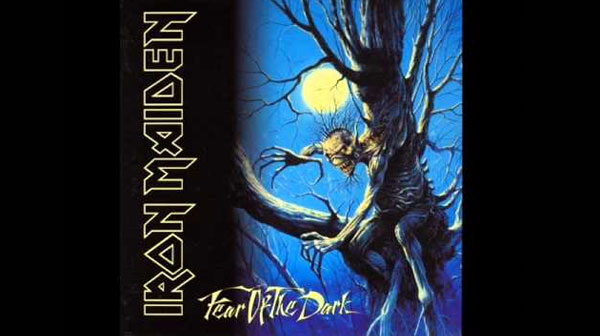 24. Iron Maiden – ‘Fear of the Dark’
Fear of the Dark is the ninth studio album released by English heavy metal band Iron Maiden. Released on 11 May 1992, it was their third studio release to top the UK albums chart and the last to feature Bruce Dickinson as the group’s lead vocalist until his return in 1999.
25. Iggy Azalea and Rita Ora – ‘Black Widow’
26. Danny Elfman – ‘This Is Halloween’
27. Skrillex – ‘Scary Monsters and Nice Sprites’ 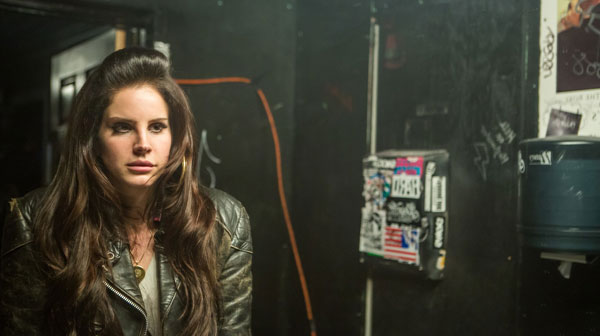 “Gods & Monsters” is so scary that Jessica Lange covered it during an episode of American Horror Story: Freak Show. A quick listen demonstrates why: The track stays at a spooky midtempo for its entire duration, only switching up for Del Rey’s otherworldly vocals—which, at times, sound like she’s casting a spell. 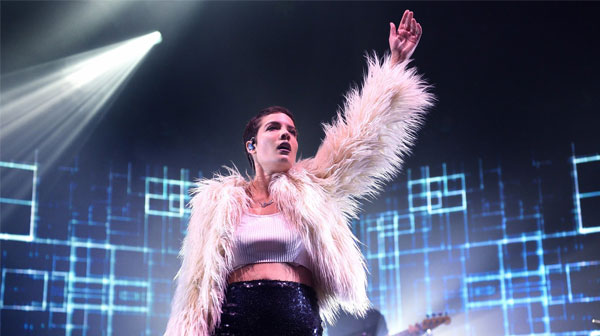 29. Halsey – ‘Ghost’
The title of this 2014 Halsey track is pretty on-the-nose for a Halloween playlist, as is the vacant, despondent way she delivers the chorus. “Ghost, where’d you go?” Halsey sings as a frigid beat lingers in the background. Just don’t look behind you. 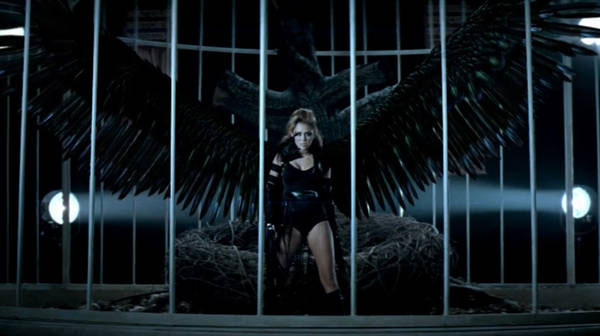 30. Miley Cyrus – ‘Can’t Be Tamed’
“Can’t Be Tamed” describes a desire to break out and experience freedom. The song’s lyrics deal with the themes of freedom and self-expression. 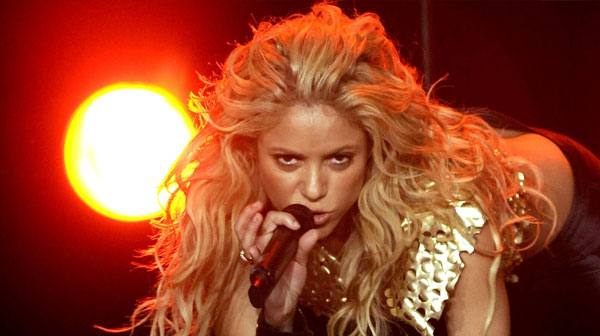 31. Shakira – ‘She Wolf’
Shakira’s electro-pop experimentation in 2009 resulted in “She Wolf,” a slinky, understated smash with a chorus that features actual howling. Perfect for a full moon, eh? 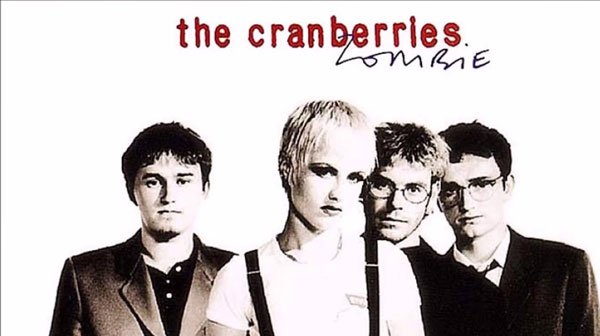 33. The Cranberries – ‘Zombie’
“Zombie” is a protest song by Irish rock band The Cranberries, written about the 1993 IRA bombing in Warrington, and in memory of two young victims, Johnathan Ball and Tim Parry. It was released in September 1994 as the lead single from their second studio album, No Need to Argue (1994). It preceded the release of No Need to Argue by two weeks. The song was written by the band’s lead singer Dolores O’Riordan, and reached No. 1 on the charts in Australia, Belgium, France, Denmark and Germany.