Google’s history is common knowledge they have totally changed the shape of the web and as such Google is now a well-known household name and is even a verb, im sure everyone has heard someone go and ‘google something’.

They have revolutionised the computer screen and even more recently the mobile phone screen with the invention and success of the Google Android phone.  Well…Google have now set their sights on the largest most common screen in any household.

Google are trying to totally revolutionise the TV market and it looks like they will succeed.  What they have done here is open up the entire web to your tv.  You will no longer have to go to the computer or your phone to google something, you wont have to look away from the TV to check your Facebook or Twitter.  Google TV is trying to bring a total harmony between TV and Web along with added benefits. 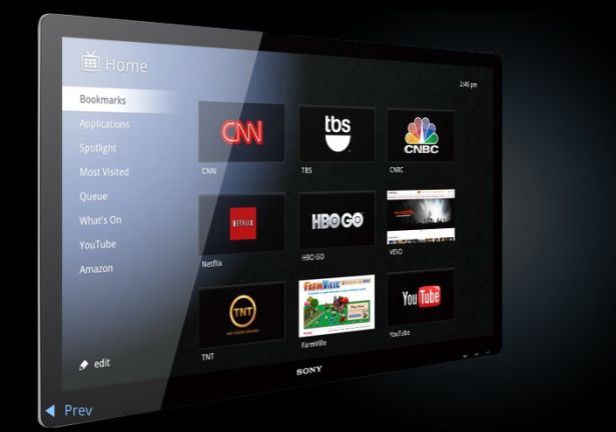 In an open press release from Google themselves regarding the TV here is the thinking behind their latest creation:

“Not only are TV’s the centre of our living rooms but five billion
of us use them.  That is more than the number that use computers and mobile phones.

…we wondered what we could do with the most ubiquitous screen in the world.  Which is Why we have been busy geeking out on how to make TV as awesome as possible.

The UK Will HaveTo Wait For Now 😦

At the time being the Google TV manufactured by Sony is only available in America.  However there are rumours that Google TV services could be available in the UK towards the last quarter of 2011 (Oh Em Gee!) Which would certainly be at the top of any techies Christmas list.

For those of you who want to see all the things Google TV can do then CLICK HERE and have a look at all the browsers, apps, widgets, mobile remote control features and everything else they are offering.

Could this be as big as the 3D phenomena? Well it certainly has limitless possibilities in the form of web tv series’ video blogs (vlogs) and much more web content gaining a much wider audience.  Watch This Space.